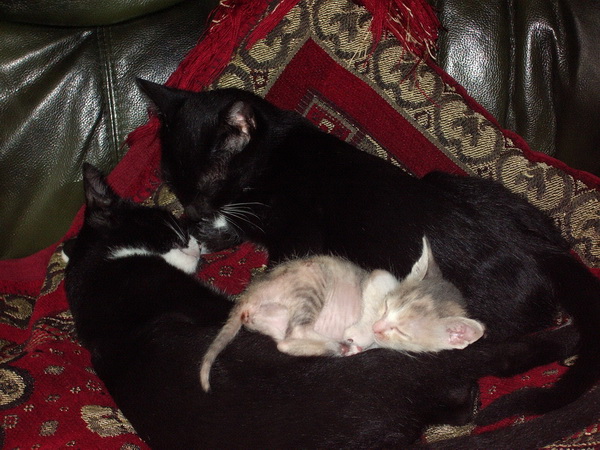 Losing a pet is never easy, but saying goodbye to one I had hand-reared and had given us so much joy and unconditional love for 13 years broke my heart.

Find one, get three

As soon as I could, I took Cleo to the vet where it was confirmed that she was about three days old and had virtually no chance of survival without her mother. But I was not about to risk losing a pet I had just rescued so I took it upon myself to be mother. There were no resources at that time in Chiang Mai for orphaned kittens so I researched and found a formula I could make and after a few attempts, she took it from my bottle substitute. That was the beginning of a beautiful friendship! Despite being told by everyone not to get attached as she was so vulnerable, I was attached within the first few hours. I hand-reared her and wow, the love she gave back in return – for the rest of her life – was incredible.

Despite only being 13, her body started to fail as a much older cat’s would – a direct result of her difficult start to life. After a major scare in 2018, I wasn’t sure how long we’d have left with her. But she was a fighter and literally clawed her way back to life and lived the most amazing 12 months. But almost exactly a year later, she decided she’d had enough of fighting and wanted to be at peace. She spent the last day of her life in the girls’ bedroom just watching them. We knew it was a matter of hours so through tears we said goodbye. It broke my heart to see the kids in pieces, but we owed it to Cleo to give her the most loving send-off. She loved us with all of her heart and gave us the most amazing 13 years. But That just wasn’t long enough. Faced with losing a pet, you realise that regardless of how long you’ve had with them, it will never be long enough! 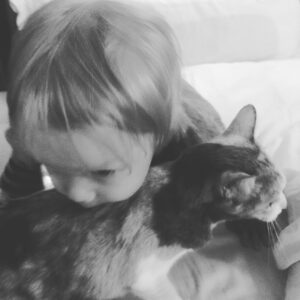