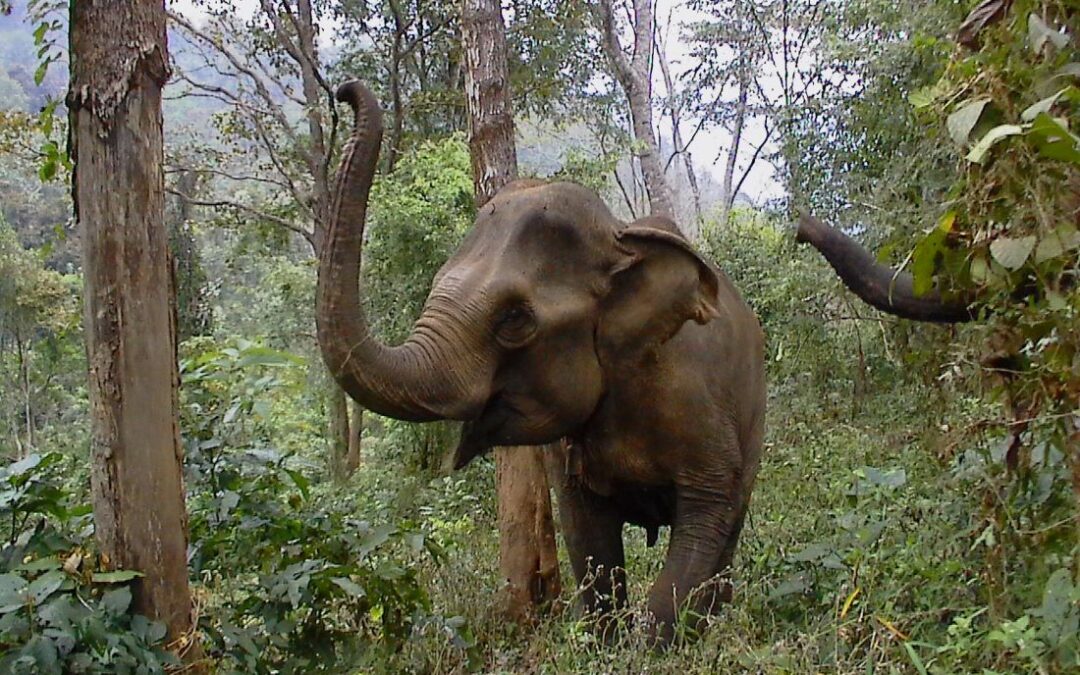 Today’s a bit of a sad day. It’s the day Chas and I have decided we were going to close the Asian elephant charity we’ve been running since 2003, EleAid.

Firstly, thanks to everyone who’s supported us on this journey. It’s really been amazing!

It’s been a super fun ride and along the way, we’ve helped hundreds of elephants from across Asia but it’s got to the point where we no longer have the ability to physically check out projects we would like to support and don’t have the time to ensure the charity is running the best it can be.

We always said that we would never donate to anything we didn’t recommend personally and without the time to visit projects, it’s become increasingly difficult to support anything. We will be donating all of the charity money to worthy projects across Asia that really need financial support.

It all started in early 2002 (what feels like a lifetime ago). I had just graduated and Chas had just sold his pub. We were about to embark on a journey that would – without wanting to sound too corny – change the path of our lives forever. Chas had read a book by Mark Shand who had ridden an elephant across India for fun. It sounded pretty cool. I hadn’t even begun thinking about a career so when Chas suggested we do it across Thailand, I didn’t take much persuading.

Having never ridden an elephant before or ever really come close to one, I had no idea what I was letting myself in for… but off we went blindly and completely naively to Thailand to apparently ride an elephant across the country.

We did it! But not before we fell in love with the wonderful, amazing, majestic animals and not before we learned just how endangered they were and how perilous the future of the Asian elephant really is. So our project ‘Bringing the Elephants Home’ (the precursor to EleAid) was born.

Our travels across Thailand on an elephant and all the adventures we had are an entire blog in themselves and maybe over time I’ll get some of the stories down because if I don’t, I’ll get old and probably forget them! But basically we rescued three wonderful animals from begging on the streets of Bangkok (not as easy as it seems!) and rode two of them most of the way from Bangkok to a sanctuary in Chiang Mai that we were linked with. The third elephant, Max, was infirm as he had been hit by a truck and could no longer work. We couldn’t leave him behind so he became the very first elephant we rescued and while he couldn’t walk his journey to freedom, we trucked him home.

Our other two beauties we renamed Thai and Siam and we embarked on a three-month conservation campaign walking them to their freedom. We would be on the road with the elephants at 6am and walk until 10am. We bedded down (with the two elephants) in temples, government centres and people’s gardens. The generosity we were shown was unending.

The kindness of strangers

One particular night we were settled for the night in our tents in the front garden of a lady who lived in a village we were passing through. Throughout the night, all we could hear was crash, thud, crunch. It did not sound good. We woke in the morning to discover Thai and Siam had basically destroyed her entire field of banana trees. She didn’t even raise an eyebrow. The next morning, she followed us on our route out of the village and on the way, picked up a few friends. Before we knew it, the entire village was walking alongside us feeding the elephants and offering us the most unbelievably generous goods including hands of bananas that they were off to sell (their earnings for the day), huge jackfruits they would hack from their trees as we passed, sugar cane, corn, watermelons; you name it, our elephants were offered it that morning.

We have countless stories of such kindness and the memories we have made will stay with us forever.

Unfortunately however, our journey came to an abrupt end because of politics. A rival elephant sanctuary saw the publicity we were getting and instead of supporting the cause and boosting the awareness of street elephants in Thailand, they chose to smear our campaign and claim that two foreigners were walking two elephants to death and filming with the intention of showing Thailand in a bad light.

This of course couldn’t have been further from the truth but it was enough to get the government on board and before we knew it, we were number one on the government’s agenda and were on a wanted list. We went into hiding at this point until we could get the elephants home in safety. We’d already lost a baby elephant just a few months previously to poisoning and we couldn’t risk anything.

Ironically enough we went into hiding on government land (with full permission from the local government staff!) and stayed there until the cavalry arrived.

While the actual trek was cut short, we spent the final month in the forests surrounding the elephant sanctuary in Chiang Mai with Thai and Siam, learning and loving them. It was the most special time and one that we will always cherish. The bond we had with them both was like that with our trusty pet dog, Rasta – unconditional love.

It was the start of our 17-year charitable work with the Asian elephant. We came home a few months after to set up EleAid and have worked with Asian elephant sanctuaries across Southeast Asia ever since.

Unfortunately neither Max, Thai nor Siam are still with us but they had a loving home among other elephants for their twilight years.

It’s been a glorious 17 years and we owe it all to those three. 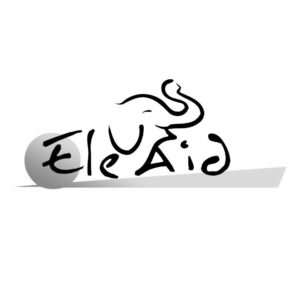